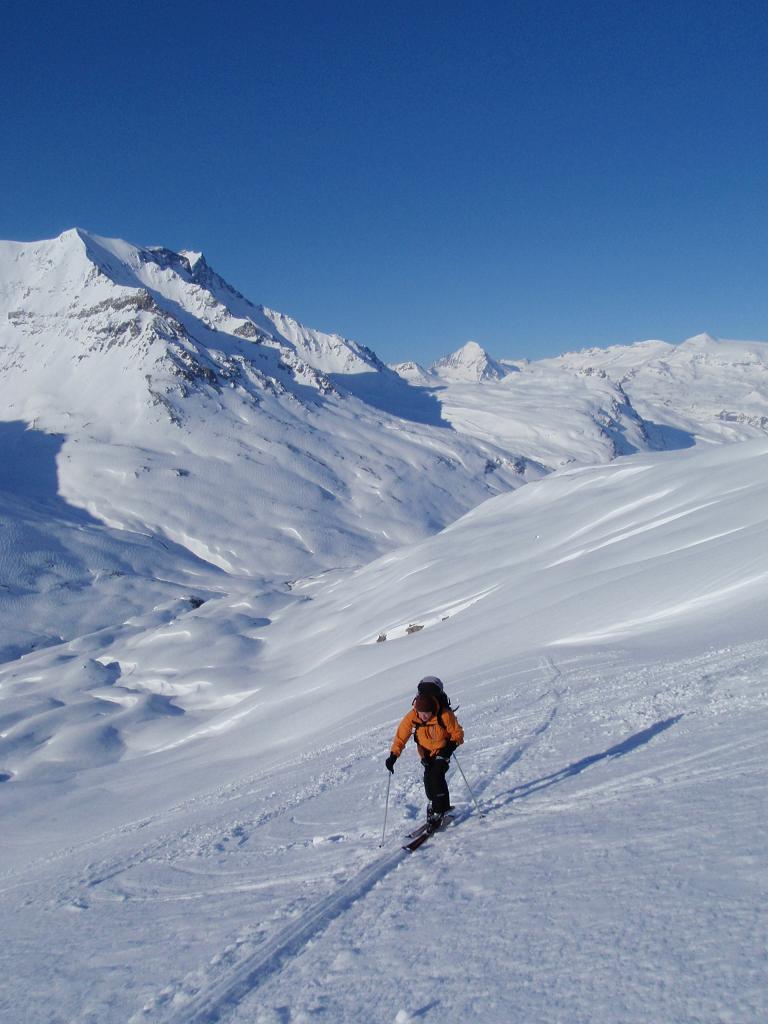 The Vanoise are a National Park home to secluded villages, wildlife and large glaciers.

The Vanoise (or Tarentaise) lie between the Mt Blanc Massif, the Grand Paradiso and Ecrin. They are home to hundreds of alpine peaks many over 3000m and are glaciated by a huge ice cap. The huts in this region have retained their charm and are part of the experience of touring here. The area is easily accessed via a number of places including the Three Valley resorts, Pralognon or Modane (Aussois). Days are typically 5 – 7 hours long and involve around 1000m of ascent which give you plenty of time to relax and rest in the huts. The crossing of the Glacier de la Vanoise however is a bigger proposition and involves around 1500m of ascent and takes around 9 hours.

Day 1. Warm up in Pralognan before skinning up to the Roc de la Peche hut. This refuge is well known for its luxuries such as hot tub, steam room and showers. We can revisit transceiver skills here.

Day 2. Refuge de la Dent Parrachee via the Col d’Aussois. A non glacial but never the less big day. The Guardian here is a stand up comedian.

Day 3. Refuge D’Arpont via the Col du Labby or Col du Moine. Both give access to the Glacier de la Mahures. The Moine is a little steeper on the descent ( a rope can be helpful) but more direct.

Day 4. The Col de la Vanoise Refuge via the Dome de Chasseforet, col du pelve and Col du Dard. This is a big day which takes in one of the famous Vanoise ‘Domes’. The day involves around 1500m of ascent but often you get a good ski to a great hut.

Day 5. Refuge de la Femma via the col de la Pierre Blanche. The descent to the Vallon de la Leisse is an intricate line and can be serious. A longer alternative can be taken along the valley floor.

Day 6. Val d’Isere via Pointe de la Sana and the col des Barmes de LOurs. This peak gives a great descent at a good angle. The descent into Val d’Isere and the Manchet valley is interesting following the Ruisseau du Pisset.