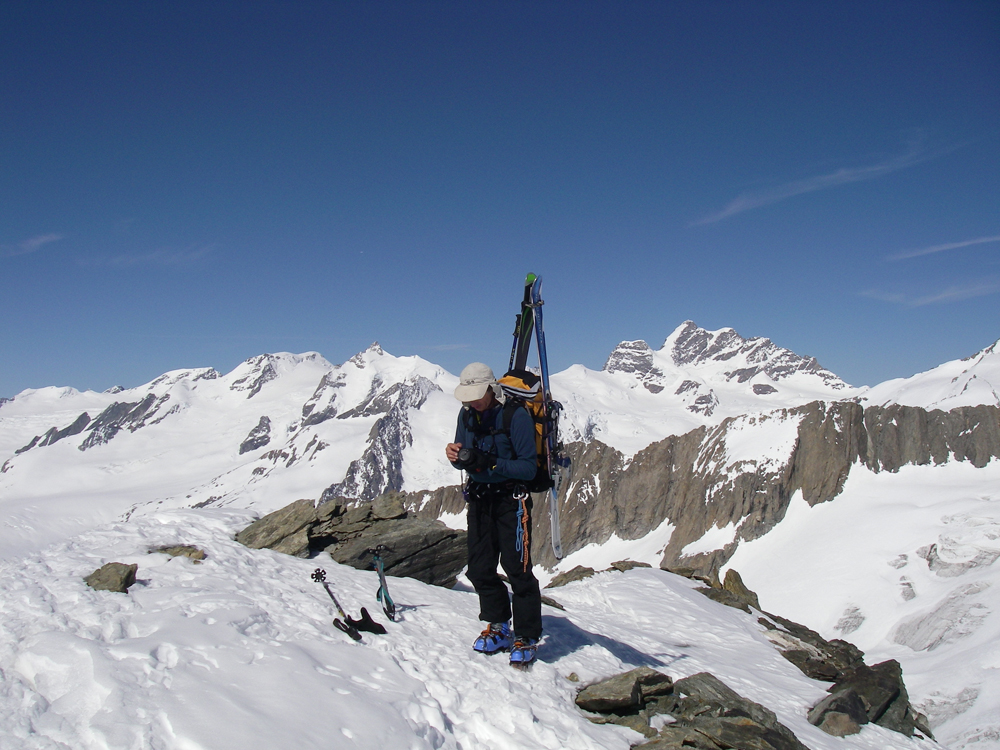 The Oberland is an immense area with huge glaciers and many 4000m peaks. Ski touring here can be breathtaking with many of the superb peaks suited to ski mountaineering.

The huts are fully guarded and the vista from the Konkordia Hut is one of the finest in the alps. Access to the region is via the excellent Swiss rail network (terminating on the Jungfraujoch).

Season: April to May.

Day 1. From the Jungfraujoch (mountain railway) and after passing under the Eiger’s North Wall ski towards the Louroitor 3676m. This col gives access to the Kranzbergfirn (glacier) which often gives a good descent on spring snow. From the immense ‘Konkordiaplatze’ ascend the ladders to the Konkordia Hutte.

Day 2. Peaks from the Konkordia Hut could include the Grunegghorn 3860m, Klein and Gross Grunhorn 4043.5m or the Trugberg 3880m. The Trugberg’s South Face gives a great afternoon ski descent back to the hut.

Day 3. Head out over the pass of the Grunhornlucke to the remote Fiescherglacier, From here a ski ascent and descent of the Wyssnollen 3590m allows the Finsteraahorn Hutte to be reached.

Day 4. The Oberland’s Monarch: the Finsteraahorn 4237.9m can be climbed from the hut but a ski ascent of the Gross Wannenhorn 3905m is probably the best in the Oberland.

Day 5. Returning over the Grunhornlucke the Aletschglacier is reached. Follow Europe’s largest glacier to the Hollandia Hut.