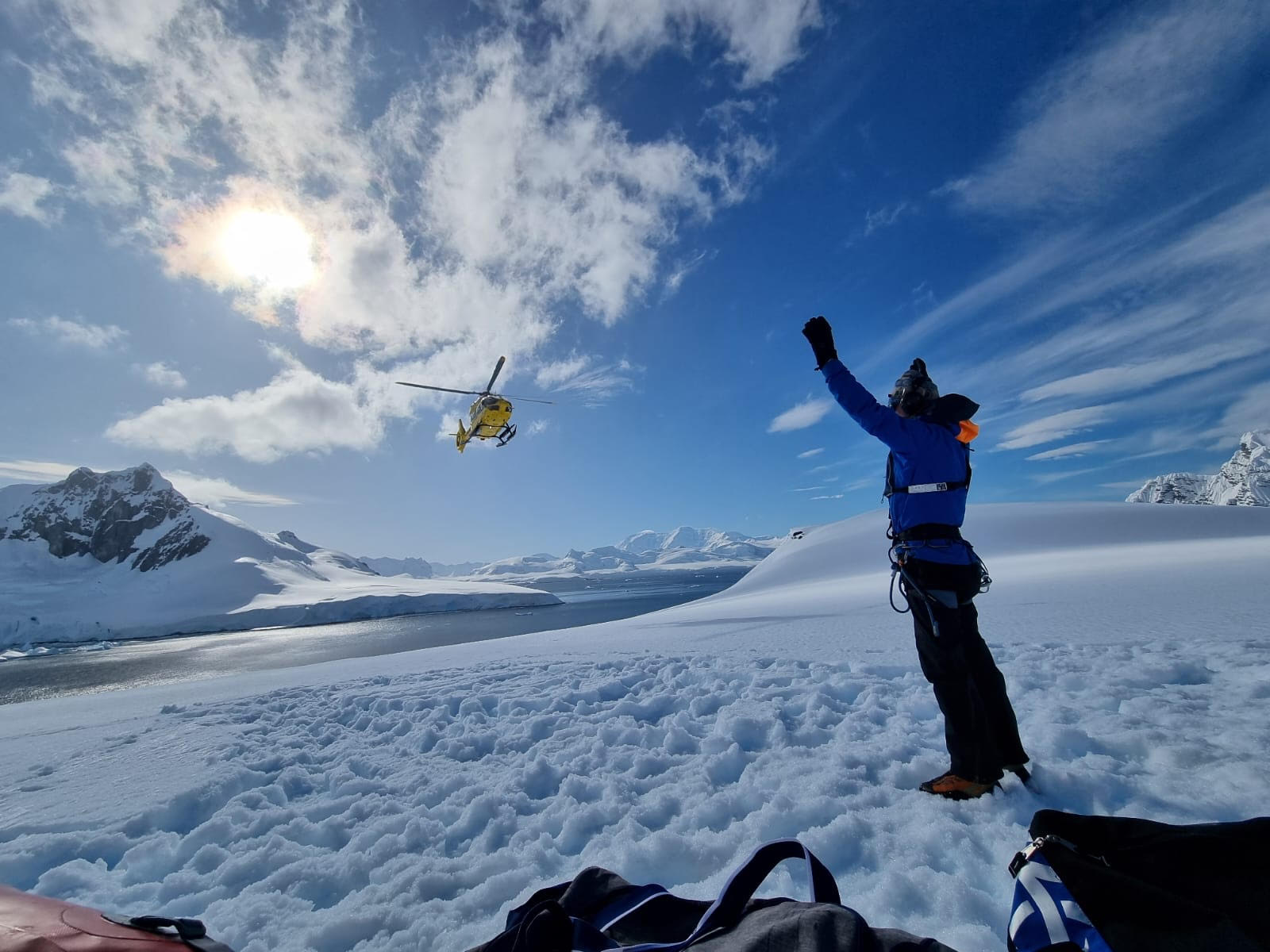 Directing a helicopter landing in Antarctica for Quark Expeditions

During November 2022 and then Christmas/New Year of 2023 I have been working on the Antarctic Peninsula for Quark Expeditions as Lead Mountain Guide/Technical Advisor. Alongside my colleague Tom Coney (fellow BMG/IFMGA)  we landed passengers on a ‘Heli-Trekking’ activity. We visited Bryde Island, the Sabine Glacier, Bayly Glacier and the Forbidden Plateau, probably the first humans in some of these places.

Working alongside other professionals has been a real pleasure and one reaquaintance was meeting Helicopter Pilot Jonny Mutch who I last met at Rothera Research Station/HMS Endurance in 2000. Another fascinating aspect was the decision making processes amongst motivated professionals in a pressurised environment. Lastly, as part of my continuing professional development I gained the Maritime and Coastguard Agency (UK) ‘MCA Large Helideck Training’ for HLO and HDA with the addition of Helicopter Operations in Remote, Mountainous Antarctic Conditions.