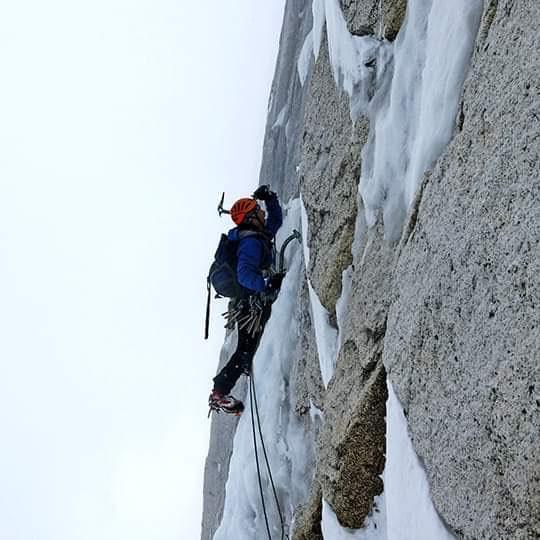 I will be attempting a new route in Alaska during May. If it goes to plan it will involve alpine and big wall climbing. I’m also taking a road trip and skiing the Chugach and Talkeetna mountains – updates in June.

Update – Our expedition to the Thunder Glacier suffered poor weather throughout. We managed to get to the glacier almost immediately (I flew in to basecamp after a short night in Anchorage – Alaska can be excellent for access!). After that we were pinned in with limited options due to weather, avalanche and serac conditions. We got lifted out in a clearer spell and waited more poor weather out on the ‘Kahiltna’ basecamp (Denali starting point). We then ‘bumped’ again in a Single Otter to the West Fork of the Ruth Gorge where we hoped there may be better options. Well, there may be but again we were pinned in and other than momentarily ski around for a recce we didn’t leave the tent! Disappointing for us as ‘apparently’ we had just missed a large high pressure system. Many thanks to the Mount Everest Foundation and the BMC for their support for this expedition.

For the remainder of the month I visited the Denali park and Fairbanks on a small road trip (seeing my first Grizzly bears). I then took a road trip based loosely on Joe Stock’s skiing guidebook to South Central Alaska. We visited Hatcher Pass (skiing Marmot and Hatch peak), Thompson Pass (Valdez), by far the most impressive terrain and skied the Worthington Glacier and skied in the Chugach around Crow Pass (Jewell Glacier). I had a look at, but didn’t ski the Front range as I was unimpressed by snow cover/conditions/how busy it was! For most of the trip we had warm, isothermal snow with poor re-freezes due to cloud cover. I saw a lot of avalanche activity on old faceted layers ripping out in the Spring thaw.

Getting Alaska right is difficult in my experience. It’s an expensive place and it has its fair share of weather but when it comes together it’s world class. It won’t be my last trip I hope.